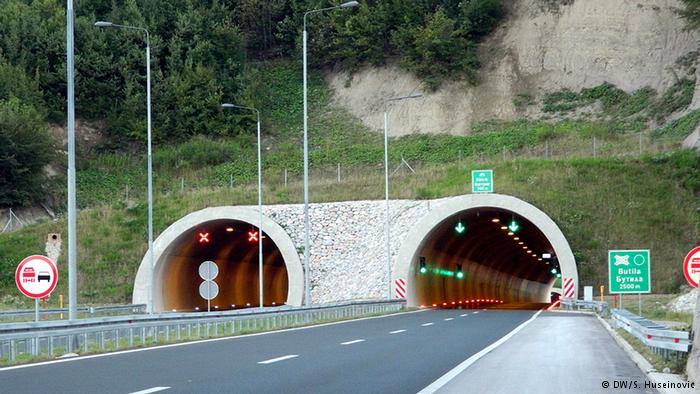 A ceremony marking the official completion of Stage 2 construction works on the Tunnel “1st of March” was held on the 5c Corridor motorway section between Gorica and Binježevo.
The ceremony was attended by the FBiH Prime Minister, Nermin Nikšić, CEO of FBiH Motorways Ensad Karić, CEO of Euro-Asfalt, Hamed Ramić, as well as the builders of the Bosnian-Herzegovinian consortium led by Euro-Asfalt and ŽGP who have been working on the project.

Prime Minister Nikšić thanked the workers, noting that they have made everyone proud.

“We are completing the Tunnel “1st of March” on the 22nd birthday of our homeland Bosnia and Herzegovina. 22 years ago, the citizens of this country chose a path of independence. They voted in a referendum with a desire to have their own country and in it a safe future for themselves and their children. I am confident that this is still the goal of the majority of citizens of Bosnia and Herzegovina, where law shall apply equally to all,” Nikšić said.

CEO of FBiH Motorways Ensad Karić pointed that the 1st of March symbolizes the BiH citizens’ desire for territorial independence and the integrity of BiH.

“The domestic companies have justified our trust and have completed the project on time. Dear workers, I extend my particular gratitude to you, not only for your professionalism, but also because you invested your hearts into this project. We are one step closer to fulfilling our promise to provide BiH citizens with 102 kilometres of modern motorways in 2014,” Karić stressed.

“The 1st of March will always be symbolically engraved into this tunnel,” said the CEO of Euro-Asfalt, Hamed Ramić, adding that it has already been declared the most technologically advanced tunnel in the region. “The entire project was implemented according to plan and schedule. We have not had a single serious work injury. In the future, we shall continue to meet all our obligations and finish the work on time,” Ramić said.

Construction of the Tunnel “1st of March” began in 2010. The first contractor was SCT, but this company later declared bankruptcy. After that, the project was entrusted to 114 companies from Bosnia and Herzegovina gathered in a consortium led by Euro-Asfalt and ŽGP. The tunnel is almost three kilometres long, and is the longest tunnel on the 5c Corridor through BiH. It will be equipped with state-of-the-art traffic accessories. The opening of the tunnel is expected in June 2014.