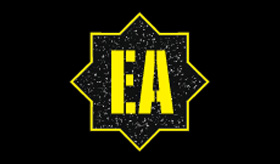 Dear Editor,
I will take this opportunity to react to an opinionated and biased comment of a journalist in a feature that was aired in your show on failed privatization cases and tycoons in Bosnia and Herzegovina. We are a sports association, and most of our activities are aimed at increasing the popularity and outreach of table tennis in Sarajevo, the canton, as well as BiH as a whole. As with most sports associations and NGOs, which are trying to attract as many young people as possible thus reducing juvenile delinquency, we are in a perpetual need of sponsorship. Times are difficult for our activities, but thanks to philanthropic companies and their managers, we manage to survive and spread a more positive image of Sarajevo and BiH. In the present dire economic state, this task is a difficult one. Thanks to Mr. Hamed Ramić, the CEO of Euro-Asfalt – our association’s largest sponsor this year, we have been able to expand and improve our activities. That is why we have decided to attach the name of Euro-Asfalt to the official name of our sports association. We saw this as the only way of returning the favour. Our association has competing teams in all categories, and we are the only association in BiH that offers free table tennis schools to children and youth. Apart from that, Stens-Euro-Asfalt organises the largest and most significant tournaments and competitions in BiH. The only international table tennis tournament in BiH is also organized by us, which you can verify if you check the calendar on the STS BiH website. I assure you, Ms. Kurtić, that all these things cost money. As I have already said, we make it happen thanks to Mr. Hamed Ramić’s support. And we are achieving great success.

Your feature that mentions Mr. Ramić contained claims that are out of this world.
Firstly:

You say that Mr. Ramić is “on good terms with everyone.” Well, is he not supposed to be? Perhaps all his relations should be bad? Some of your journalists and editors, past and present, have been on “good terms” with politicians or people from other spheres. No need to give proof or examples. You are already well aware of who these people are, as are your viewers. Politicians used to dictate the news in shows such yours and instruct editors on what to do and how to do it. Mr. Hamed Ramić is just another competent, kind and well-mannered person, as are other members of his family who are employed in the company. The drivers who take our teams to competitions are also kind, as are other associates and employees of Euro-Asfalt, all the way to the man who greets you at the front gate. Perhaps someone has an issue with this, or maybe some are not used to it. But in Euro-Asfalt, everyone is doing their best to maintain standards so common to similar companies in Europe, but so rare in our own country.

Your journalist stated that, “while Hidrogradnja workers are on strike, Euro-Asfalt is operational and keeps building.” Dear Editor, Euro-Asfalt did not emerge from the ruins and failed companies. This company was born from nothing, and grew from its own foundations. Mr. Hamed Ramić did not take part in any privatisation schemes to get where he is now, which is why he cannot and should not be identified with certain other people. In order to bid at a public tender, one of the essential prerequisites for a company is to be solvent and regularly settling its obligations towards workers and the state. Furthermore, in order to submit their bid, companies must provide equipment, experts and bid bonds. If you look into references of Euro-Asfalt, it should be clear to you why they’re getting the best projects. Expertise and proper equipment are the only things that can guarantee a good service and a good result, which is what matters in this industry.

Euro-Asfalt meets all the standards and criteria. Do you really think that the Vijenac tunnel, the motorway, or some other large project in BiH or abroad, would be entrusted to a company without experience or the ability to perform up to the highest global standards? Jobs are not awarded in Germany or Libya just because someone is on “good terms” with others. That has no relevance in the selection process. Would you expect Mr. Ramić to cower, or to ban access to a construction site if a politician, or anyone else, wishes to pay a visit? Of course he should greet them, show them the building site, and inform them about their progress. Dear Ms. Kurtić, people with good manners and upbringing are expected to do so with a welcoming smile. This also does not affect the selection process, nor does it affect the quality of service. Big projects cannot be awarded to companies with three shovels, a pickaxe and a couple of raincoats. Euro-Asfalt is capable of bidding and winning such projects. We have seen large foreign companies on our construction sites (SCT and Primorje), and as you know, all they left behind were unpaid bills and unfinished jobs. Those foreign companies took their profits with them. Euro-Asfalt keeps its profits here, helping others, and strengthening the economy of Bosnia and Herzegovina. You should visit the building sites and see for yourself. You will be greeted with a smile, and with the particular kindles of a company that is European, as well as our own!

I have had the opportunity of meeting Mr. Hamed Ramić on two brief, ten-minute occasions. My impression is that he is a humble, calm, and religious man. Humility is a virtue. Calmness shows that a person has nothing to fear. Many of his associates and employees, with whom I have had the opportunity to speak since the beginning of our cooperation, have nothing but the best to say about Mr. Hamed and the company’s management, and are grateful for the opportunity to work in his company, thereby providing for the wellbeing of themselves and their families. Most of them did work in failed state enterprises once. But Mr. Ramić is not the one to blame. His name does not belong in a story about failed privatization schemes, because he never took part in any. And you cannot call him a tycoon, because he is not one. The word “tycoon” can be used for some of the other people mentioned in your feature. But Mr. Hamed Ramić can be called a tycoon only by someone who has their terminology mixed up, and cannot tell a successful businessman from a tycoon. You would probably be surprised at how many good deeds this man has performed, if only you would wish to make a feature about that. Many roads have been built or repaved for free. Many a mosque had its driveway repaved by Euro-Asfalt free of charge. There are many bleak and bad things in this country, but not everyone is bleak and bad. Mr. Hamed Ramić is an example of a positive, good and successful tale in BiH – just like the sports association Stens-Euro-Asfalt, which has accomplished more in just two years, than many others did in 25.

For this reason, I reiterate: it is an honour to bear the name Euro-Asfalt next to the name of our club. It is the least we can do to return the favour to our sponsor, Mr. Hamed Ramić and his company. We will do our best, in various competitions in BiH and aboard, to justify the sponsorship with winnings and fair play. Euro-Asfalt’s legacy is a long stretch of motorways and buildings. The legacy of Stens-Euro-Asfalt will be abundance of victories, well-organized competitions, and many young athletes in the making. This is the only path forward, and we can only tread it together.

I kindly ask you to read out this reaction in your next show, hoping that it will help stop the identification of successful people with those who are less successful. Not everyone is equally to blame for our present situation, just as politicians are not all the same. Not everyone is greedy, and we cannot cram everyone in the same basket because of the actions of individuals. I urge you, in the name of professionalism, to reach out to Mr. Hamed Ramić with an apology. That way you would contribute to good journalism, which is also sadly deficient in our corner of the world.

On behalf of the management, competitors, and all members of Stens-Euro-Asfalt,
Club President, Zilhad Forić

P.S. As for your other features and shows, sadly you are often right in shedding light on numerous deviations in our surroundings! I first noticed you as a journalist when you were the only one to jump in defence of a woman slapped by the criminal Tasim Kučević. You were the only one to react, and for this I admire you greatly. Oftentimes I see you, though we have never met, in a tram. Your commute goes from Stup to the FTV building, and mine starts every day in Ilidža. I could have stayed silent after watching your feature on FTV, like most others did. But I cannot – for the same reason you were the only one to react in the case of a woman at the Court of BiH – because the feature did not do justice, and did not correspond to truth. And I despise injustice as much as you do. The easiest path is the one of a conformist who pretends not to notice certain things. I have succeeded in getting Mr. Ramić’s sponsorship, and I could have stayed silent as if the feature was none of my business. I have decided to react, even though I am not obligated to do so. But I have met the said gentleman and his daughter. They are practically slaves to their company, for their workday lasts 25 hours.

I assure you, their greatest concern is to provide a living and a future to their workers. I believe they have enough money not to do a single day’s work in their life. They could be enjoying themselves, travelling the world, and having fun. But, like you and me, they are different. Everything they do, they do out of love and the need to help others. You weren’t obliged to interfere at the court and help that woman. I was not obliged to find the owners of five wallets full of money – something I am well-known for. Mr. Hamed was not obliged to help Stens, but he chose to do so after seeing our love and enthusiasm in trying to create something positive. Before I started successfully running this sports club, I used to be a regular in call-in talk shows such as “Central Prison.” Back then I used to walk from Ilidža to the city centre and back. Many people know this, and it can be easily verified. During these walks I found lost wallets, mobile phones and other personal belongings in various places. And I returned all of them to their owners. This proves that you, me, and Mr. Ramić, are not the same as others. Some of us are good, and different from others, and rightly so. It would be better for everyone if there were more of us. This, and the injustice made against Euro-Asfalt, is the reason I am writing this, because I could not remain in a cosy, conformist silence. I could have, but then I would not have been true to myself. Thanks to that man, our club trains many children. We are the only ones providing these kids with free training. There is no greater joy than taking all those children to a competition, in a van provided by Euro-Asfalt. This people and this grieved and divided country need individuals like you, me, and Mr. Hamid.

With my sincerest regards, I am inviting you to visit our association at 45 Splitska St.