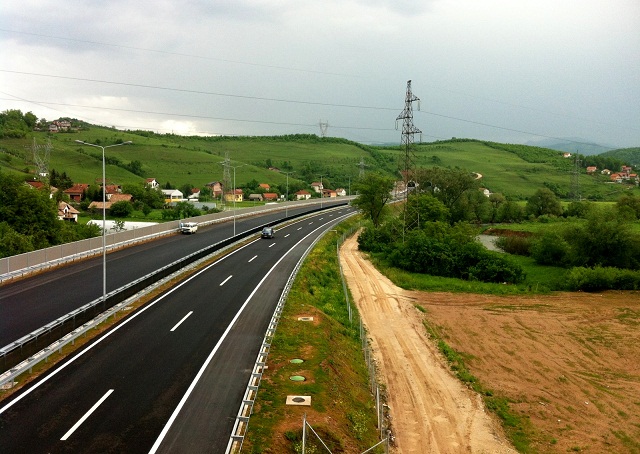 The total cost of the project is 36.8 million KM (VAT included) which will be covered entirely by the FBiH Motorways. Once completed, this section will link the existing motorway, including the Vlakovo-Tarčin section which is under construction, with the Jošanica-Zenica motorway. Karić stated that a decade ago Bosnia and Herzegovina took out a loan amounting to almost 90 million euros for the construction of the Sarajevo Bypass.

“As we can see, the job has not been finished. Instead of a motorway, the section is still covered with grass. However, the FBiH Motorways have taken over this task, and I guarantee that this section will be completed in 10 months, linking more than 100 kilometres of motorways in the FBiH stretching from Tarčin to Zenica,” Karić said.

He especially underlined the fact that the project will be carried out by domestic companies, after years of foreign companies “circling around” the bypass but failing to finish the job that was started ten years ago. Euro-Asfalt CEO Hamed Ramić stated that this is a very complex section, having in mind that the area has large quantities of groundwater. He added that 350 workers will be engaged in this project, and promised that the construction will be finished on time.

The ceremony was also attended by the FBiH Prime Minister, Nermin Nikšić, and the FBiH Minister of Transport and Communications, Enver Bijedić. They both welcomed the fact that, during their time in office, the FBiH Highways have succeeded in achieving their “ambitious aim to build more motorways than all previous governments combined.” They added that the completion of the bypass will alleviate many congestion problems in Sarajevo.