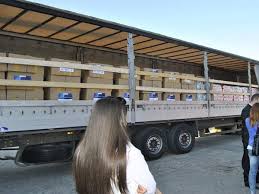 The BBI Bank, together with its partners BBI Real Estate and Euro-Asfalt, has launched a charity initiative to donate meals and sanitation kits to 360 returnee families in Eastern Bosnia, namely in Foča, Čajniče, Rudo, Višegrad, Bratunac and Vlasenica.

The coordinator of this charity initiative, Semir Bašić, stated that the BBI Bank continues with its tradition of supporting post-war returnees across BiH.

Bašić explained that the total value of 360 Eid presents, which will be distributed in six towns, is 54,000 KM. A single present is worth 120 KM, and contains basic foodstuffs. The presents will be distributed to the poorest returnee families in Eastern Bosnia selected by the local imams.

Bašić added that a shipment of 120 presents is headed for Bratunac and Vlasenica, while another is intended for Foča, Višegrad, Rudo and Čajniče.