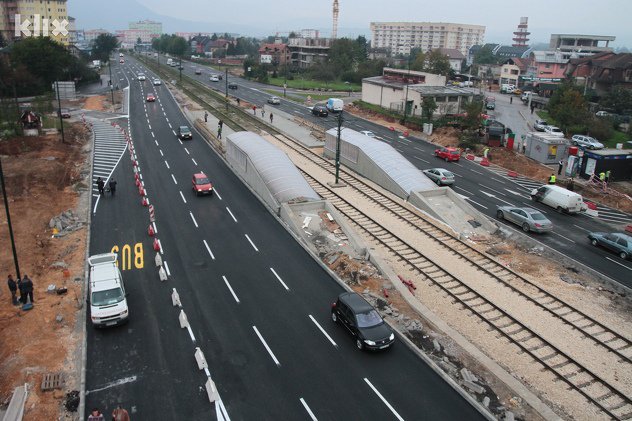 TALES FROM THE CONSTRUCTION SITE

The 12th Transverse Road Reconstruction and Expansion Project, more commonly known as the “Stup Junction”, is nearing completion. The chief contractor is the BiH construction giant Euro-Asfalt. According to the Project’s head, civil engineer Zdenko Bojić, the project envisions the expansion of the Stup Junction by adding an additional two-lane carriageway. The two carriageways are separated by a central reservation.

A new bridge had to be constructed, along with two slip roads. The city’s primary longitudinal road had to be expanded to include additional footways, a bike lane, and underground pedestrian crossings for safer passage to and from the tram stations. The existing carriageway was renovated. Bojić explained that it was stripped down to its bare concrete structure and received a complete overhaul.

Escalators were installed in the underground crossing exits. The escalators and the corridors are brand new, and must be properly maintained or they will not serve their purpose. Since the escalators are leading up to the tramway stations, the plan is for GRAS to install ticket-selling booths at the exits. These will be the first such booths in Sarajevo, Bojić explained, adding that this construction project presented builders with numerous challenges.

“Stup is the most heavily used road junction in Bosnia and Herzegovina. The project was completed on time, even though we faced many difficulties. All of the city’s cables and utility ducts go through this area. Every time we’d use an excavator, we would run into more cables, water or gas pipes. Everything was done with great care, and finished within deadlines.” The Stup Junction, which is directly connected to the motorway, has significantly reduced traffic congestion, and it has made transit towards Mostar and Foča much easier.

“I was not born in Sarajevo, but I do remember waiting for hours at this junction, trying to get to Mostar or Ilidža. This project should have been done ten years ago. But the important thing is that favourable conditions have been created, and that the project is now in its final stage.”